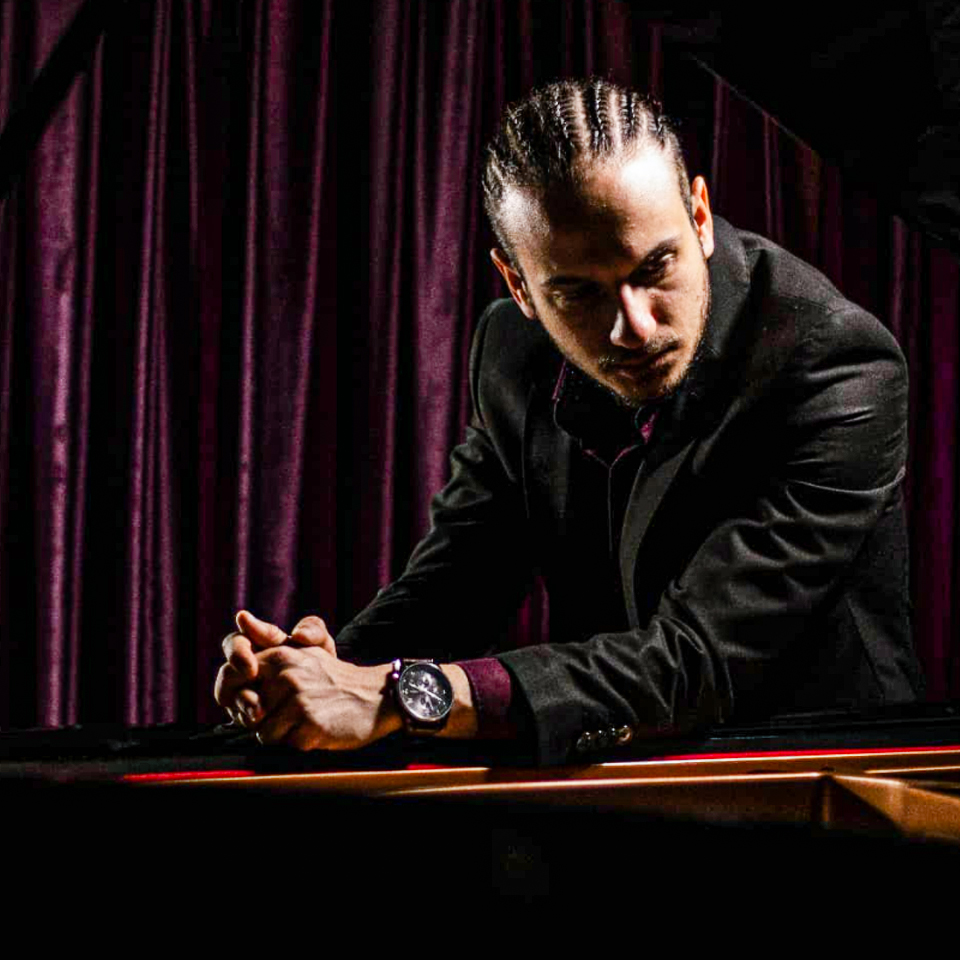 His musical career started in his first year of middle school by playing guitar in 2011. He started open high school programme in order to prepare for the conservatory exams and graduated in 2015. He worked with Onur Aymergen on jazz guitar. In the same year, he joined Alegria polyphonic Choir, TRT polyphonic Youth Choir and T.C.The Ministry of Culture the Polyphonic Youth Choir. After giving various concerts in Turkey and abroad with these choir communities, he focused his education on composing. After starting his essay work with Hacettepe University State Conservatory lecturer Argun Defne, he entered the Department of composition and music theory of Başkent University State Conservatory in 2016. He also attended the composition seminars organized by Bilkent University Faculty of Music and Performing arts. He continues his composition and conducting studies with Orhun Orhon, Işın Metin and Ibrahim Yazıcı. In 2017, he worked with Picta organization and conducted the orchestra of the musical “Frozen”. He also composed a soundtrack for British film called “Meeting”, written and directed by Emre Şen. His song “Light Me Up” was also performed by Emre Şen. By launching
an orchestral project towards the end of 2017, he founded a symphony orchestra that exceeded the number of 60 people within 4 months. He conducted various concerts with a repertory of classical music from various soundtracks. He gave seminars about ‘Music Composition and Being a Musician in Turkey’ in Turkey. “Juncture” a short film directed by Yiğit Karaca, was selected “Official Selection” at the Cannes Film Festival. He also composed its soundtrack. He also composed the music of video games called “Rebirth” and “Cavemen Tales” published by independent producers. In 2018, he was a chorist in the project “Virtual Choir”, a mutual project with NASA, which was organized by an American musician Eric Whitacre. He had a chance to give a workshop to the students of the University of Music and Performing Arts in Vienna. In 2019, he started working as a film composer in the company “PxSeller” founded by Efe Tuncay. In the first quarter of 2019, he was invited to Ankara University Alegria Chamber Choir as a guest conductor. He had the opportunity to make a workshop through his repertoires, especially his own choral works. In August 2019, he attended the join one of the conducting masterclasses held within the scope of Bodrum-Gumusluk Classical Music Festival, with Lior Shambadal. And he conducted the Bodrum Chamber Orchestra accompanied by Gülsin Onay. He was invited to Istanbul for conducting the orchestra called Indigo Philharmonic Orchestra in İstanbul. He currently works with Agora Youth Symphony Orchestra as a music director and with independent filmmakers in countries like England, The United States, Canada, Hungary and Australia to make the musics of long and short films.