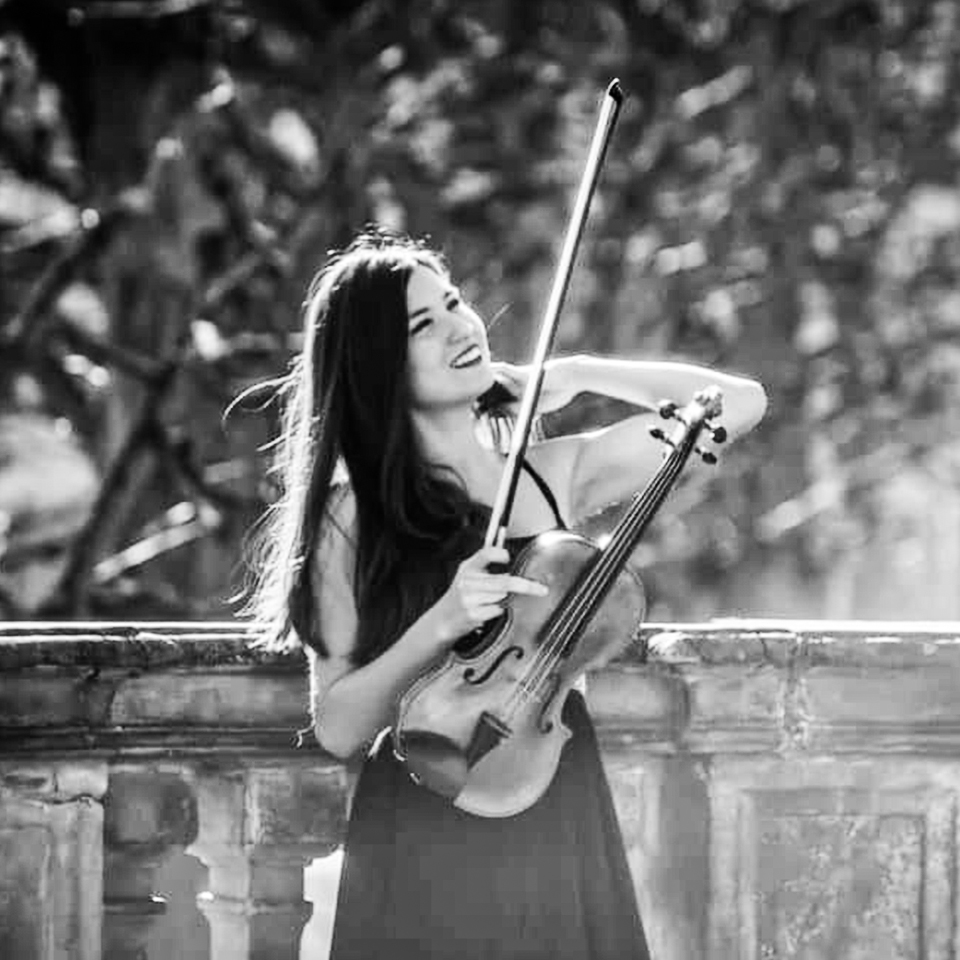 Ilgın Ülkü was born in a family of musicians in Istanbul. She started playing the piano and composing at the age of 5. She started officially violin lessons at the age of 9 with Prof. Nuri İyicil and later with Pelin Halkacı Akın at the MSGSÜ State Conservatory Istanbul.

Between 2013-2014 (Erasmus program) she got violin lessons from Prof. Krzysztof Wegrzyn in HMTM Hannover. After working with Andrej Bielow, she completed her master in violin performance at Hochschule für Künste Bremen, Germany. She finished with full marks (Katrin Scholz’s class). She has worked actively with Dora Schwarzberg at the Mozarteum Summer Academy and participated in masterclasses with important artists such as Tanja Becker Bender, Monika Urbaniak, Andrzej Kulka, Hagai Shaham, Lev Gelbard and Ayla Erduran during masterclasses.

She has got the 2nd place in the violin category in the National Lions Club Competition, Honorable Mention in IDSO Soloist auditions, and 3rd place in the category of violin in Italy Filadelfia Competitions. She has also performed with the Kammerensemble Konsonanz Orchestra, of which she is still a member. So far, this collaboration has resulted in two CDs with the titles “Aurora” and “Barroqueanas Venezolanas”. Ilgın has been invited as a soloist to the AIMA Music Festival in 2018, and performed in concert halls such as Sendesaal Bremen, Konzerthaus Berlin, Laieszhalle Hamburg, Kurhaus Wiesbaden, die Glocke Bremen in Germany in 2019. Her repertoire includes mostly works of the 20th century music and later.

Simultaneously with a remarkable violin activity, she started having composition lessons with Prof. Hasan Uçarsu and Özkan Manav (MSGSÜ) and later with Jörg Birkenkötter in Hochschule für Künste Bremen. She got the first performances of her works from the Süreyya Opera House Istanbul “Journey of Sound” Festival, the Berlin Philharmonic Hall (by Kammerensemble Konsonanz Bremen), the Jakoby Saal Hannover (by Trio Comet) and from important concert halls such as Haus im Park Bremen. Ilgın currently pursues her PhD in violin performance at MSGSÜ and simultaneously continues her education in music composition at HMTM Hannover, Germany with Prof. Gordon Williamson and Prof. Joachim Heintz.